So Friday dawned and I got up at 5am and made my way to Glasgow Airport.  And - I got lost twice.  My other half usually drives when we go to Glasgow Airport and when I'm in my car I literally have no sense of direction.  Hence, getting lost twice.
Eventually I made it and flew down to London City Airport and got the train into central London.  First stop was Oxford Street, House of Fraser to see the wonderful Mary Portas store.  I met all the lovely folks who were on her TV show and tried on every dress in the shop.  Then, I sped across to Harrods in search of a Christmas teddy for my new great niece.
﻿﻿﻿
﻿﻿﻿ By 1230 I was suitably attired, if a little red-faced, hot and bothered - and ready for the AMBA lunch at the Charing Cross Hotel.  It was fab.  The speakers were Donna Hayes and Loriana Sacilatto from Harlequin in Canada who spoke before the lunch and answered authors questions.  Followed by Dianne Moggy and Tessa Shapcott after lunch.

Then I went to meet my new editor Carly Corcoran for coffee so we could discuss my latest set of revisions and plans for next books.
And by 530 we were in the extremely posh Royal Horseguards Hotel for drinks and canapes at the Mills and Boon Author toast, where I met lots of lovely people!

﻿
﻿Then I went for dinner with some of my fellow authors India Grey, Heidi Rice, Abby Green, Lynn Raye Harris and her lovely husband Mike.  It was a fabulous night!

﻿
﻿﻿
﻿And blogger hates me again and won't let me write in the comments section!
Posted by Scarlet Wilson at 08:26 8 comments:

Lets start at the very beginning, a very good place to start!

So, while we're all singing along with The Sound of Music tune up above, let us think about where we start our stories.
There have been over 1000 New Voices entries.  Some of the starting points have been good, some have been unusual, some have been mediocre.  Lots of the comments have been around telling people they haven't started their story in the right place.

Do you find it very easy to start?  Do the words just flow easily along?
Or do you have a few hit and misses before you can really get started?

I've done both of these things.

In my first book It Started With a Pregnancy, I wrote the beginning three times.  First attempt had Missy in the shower thinking about what she'd done the night before.  But it was too much tell and not enough show.  Second attempt had her walking into the ward and meeting her one night stand.  But again, too much thinking back to the events beforehand.

But neither of these versions 'felt' right.

Attempt three started in the bar, where they met, left together and did some horizontal dancing.  And the words just flowed from there.

Book number two, The Boy Who Made Them Love Again, started with Abby Tyler having a lazy day in the ER, seconds later her ex Luke Storm shows up with the First Lady in labour in the back of the secret service limousine!  This time the starting point felt right.  There was panic, shock and a very important patient to treat.  Not to mention, Luke finding out Abby has a young son.

Book number three, West Wing to Maternity Wing, starts with Lincoln Adams looking after the President's premature baby.  Seconds later he gets a call to say his heavily pregnant wife has collapsed at the police cordon outside the hospital.  Only problem is - Lincoln Adams doesn't have a wife.

And Book four starts with John Carter receiving a letter.  He is expecting it to tell him the embryos that him and his wife created for their now defunct marriage have been destroyed.  Instead the letter tells him that one of those embryos has been wrongly implanted, and someone else is now carrying his child.

And Book five?  Right now, I have no idea where it will start.  All I do know is - I always need to start in the right place.  Otherwise things don't flow and the story doesn't progress.

PS  I'm going to the Mills and Boon Author Lunch in London on Friday and can't wait!  Will tell you all about it next week.  Also hoping a friend of mine will share some good news!

Labels: beginnings, First Lady, It Started with a Pregnancy, Mills and Boon Author Lunch, The Boy Who Made Them Love Again, US President, West Wing to Maternity Wing

Getting your foot in the door 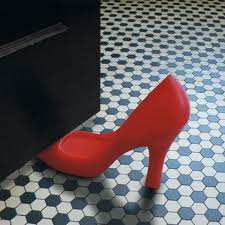 Lots of people have entered New Voices, some of you may still be preparing your entry – last year there were over 800 participants, with a flurry of entries on the last day.
Then we’ll all wait anxiously for the Top 20 to be announced.  But what happens if that’s not you?
New Voices is only the start of the journey.  For some people it may be the first time you’ve dared to submit.  Congratulations on taking the first step.  For others, you may be veterans and looking for some feedback.  And if you weren’t here last  year you should know that after the announcement of the Top Ten (it was ten last year, not twenty), Mills and Boon also published a list of entries they wanted to see more of.
But for all of you that don’t make it on the top 20 list, and feel all sad and dejected – don’t be.  There are lots of opportunities out there to get your foot in the door!
It you haven’t had a chance to look at the harlequin website now is the time.  The Write Stuff is full of information for aspiring writers.  It also frequently features pitching opportunities – specific to individual lines across the harlequin series.  For those of you who’ve never tried a pitch, you write a brief paragraph about your story.  If you’re lucky enough to be chosen you get to have an online conversation with one of the editors for the line you are targeting.  The chances are they’ll ask you for a partial submission and you’ll have a real live editor to submit it to.
In March 2010, there was an pitch opportunity for medical romance.  Myself and Wendy S Marcus were successful “pitchers”.  And after some hard work, we’ve both been published.  So, for those of you who are sceptical, it does happen.
The harlequin website also ran a Fast Track opportunity in August last year.  For one month anyone could submit to the medical line and hear back within a few days.  And for anyone that’s experienced going through the slush pile before that is like gold!
If you have a little money you can also join the professional organisation in your area.  Two years ago I joined the Romance Novelists Association.  They have a New Writers Scheme, where unpublished writers can join and submit a full manuscript before the 31 August that year.  Your manuscript will be read by a professional writer in the RNA and you will be given a detailed critique on your work.  If they like your manuscript, it will be sent on for a second read, and could be forwarded to a publisher.  Fiona Harper got published this way.  Her first book Blind Date Marriage was published by the Romance line at Mills and Boon.  Be warned!  The New Writers Scheme is only open to 250 writers every year, place are limited and you literally have to get your application form in on 1 January!  If you live in the US, the Romance Writers of America have a competition every year called the Golden Heart.  Unpublished writers can submit their manuscripts and have them judged.  Many people who have finalled in the Golden Heart and have gone on to be published. Historical author Jeannie Linn is one, and new Medical Author Tina Beckett is another.
And finally, there is the slush pile.  Let me tell you about another new medical author Louisa George.  She entered New Voices last year – didn’t final and didn’t get a mention in the call back list.  But she submitted her three chapters via slush and will be published in March 2012.  Maisey Yates, one of the Modern/Presents authors was pulled from the slush pile too, so it does happen!
So whatever happens in the next few weeks, think of New Voices as a first step, and keep writing!
And not sure whether blogger still hates me or not.  Last week no-one could post on my blog and I couldn't post on any others!
Posted by Scarlet Wilson at 07:19 16 comments: